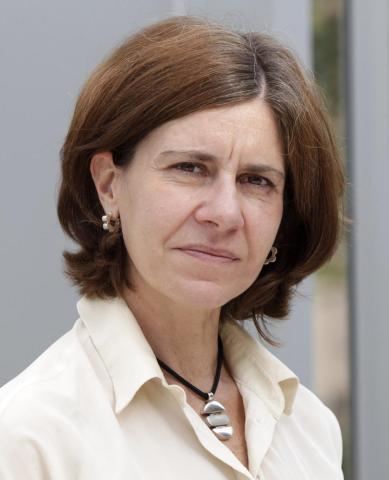 Teresa Carlomagno started her scientific career at the University of Naples, Italy, where she studied Chemistry. During her Ph.D. studies and her following post-doctoral work at the University of Frankfurt, Germany, she developed NMR methods to study the structure and the dynamics of proteins, nucleic acids and small molecules. During a second post-doctoral period at The Scripps Research Institute, La Jolla, USA, she matured a strong interest in the mechanisms of intermolecular recognition and function in ribonucleoprotein complexes.

In 2001, she joined the Max Planck Institute for Biophysical Chemistry in Göttingen, Germany, and started her own research group. In 2007, she moved to the EMBL in Heidelberg as a group leader in biomolecular NMR spectroscopy in the Structural and Computational Biology Unit. In 2015 she moved to the Leibniz University of Hannover, as a W3 professor in Structural Chemistry and joined group leader at the HZI in Braunschweig. In 2021 she left Germany to continue her career at the University of Birmingham, where she is Professor of Integrative Structural Biology at the School of Biosciences and in the Institute of Cancer and Genomics Sciences, as well as Academic Director of the national high-field NMR facility HWB-NMR.

Her laboratory characterizes intermolecular interactions at the border between structure, dynamics and disorder by combining NMR spectroscopy both in solution and in solid-state with XRS, EM, Small-Angle-Scattering (SAS) and Electron Paramagnetic Resonance (EPR). She uses integrative structural biology to study macromolecular complexes with enzymatic function involved in RNA metabolism and in the regulation of gene expression. In parallel, the lab develops the computational methodologies necessary to interpret and evaluate integrative structural biology data and new methodologies for structural biology of RNA. The lab has pioneered solid-state NMR as a tool to solve structures of RNA in flexible RNP complexes, which are not suitable for XRS and EM studies.

Publications within the group: